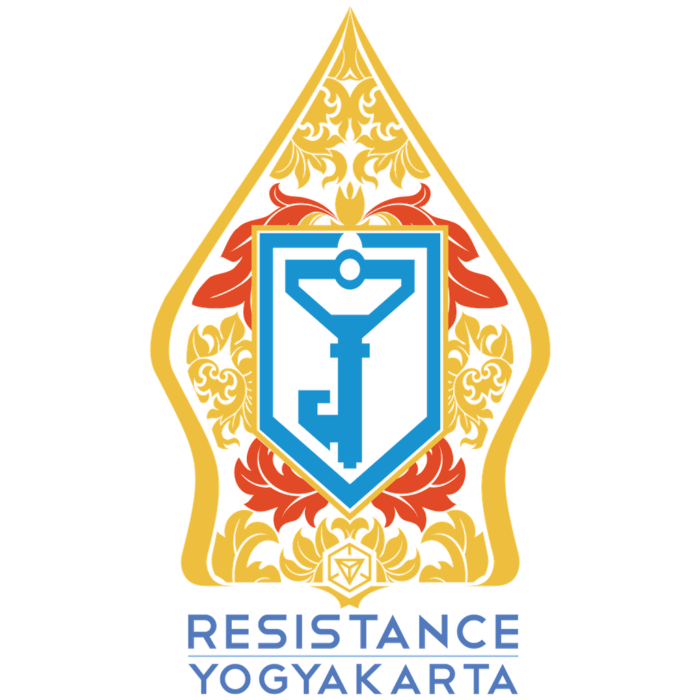 Yogyakarta is a city on the island of Java in Indonesia. As the only Indonesian royal city still ruled by a monarchy, Yogyakarta is regarded as an important centre for classical Javanese fine arts and culture such as ballet, batik textiles, drama, literature, music, poetry, silversmithing, visual arts, and, most important for this logo understanding, the wayang puppetry. Renowned as a centre of Indonesian education, Yogyakarta is home to a large student population and dozens of schools and universities, including Gadjah Mada University, the country’s largest institute of higher education and one of its most prestigious.

Wayang is a form of puppet theatre art found in Indonesia and other parts of Southeast Asia, wherein a dramatic story is told through shadows thrown by puppets and sometimes combined with human characters. The art form celebrates the Indonesian culture and artistic talent; its origins are traced to the spread of Hinduism in the medieval era and the arrival of leather-based puppet arts called Tholu bommalata from southern India.

Wayang refers to the entire dramatic show. Sometimes the leather puppet itself is referred to as wayang. Performances of shadow puppet theatre are accompanied by a gamelan orchestra in Java, and by gender wayang in Bali. The dramatic stories depict mythologies, such as episodes from the Hindu epics the Ramayana, the Mahabharata as well as local adaptations of cultural legends. Traditionally, a wayang is played out in a ritualized midnight-to-dawn show by a dalang, an artist and spiritual leader; people watch the show from both sides of the screen.

UNESCO designated wayang kulit as a Masterpiece of Oral and Intangible Heritage of Humanity on 7 November 2003. In return for the acknowledgment, UNESCO required Indonesians to preserve their heritage. Wayang has also been a significant historical art form in Malaysia, Thailand, Cambodia and Laos.

In the Wayang theatre there is a symmetrical-shaped figure of translucent parchment made of dried named Gunungan, made of firm beef skin, that is the first to appear on the screen and the last to appear before the end. Gunungan also marks transition between different screen and each draw in the Gunungan has a meaning.

The Yogyakarta Resistance uses the batik draw in the Gunungan, one of the many of the Indonesia traditional culture and the most famous. Batik’s motif of leaves, flowers, and whorled pattern means life with the sense of growing, beauty in diversity. Philosophically, the symbol of Gunungan symbolize the state of XM world which is full of mystery, intrigue, and competition. The colors of red and white symbolizes Life, then the yellow is glory, and blue is the color of Resistance Faction and also friendship and harmony.

The city of Yogiakarta also has one Gunungan in the middle of its seal:

IRY had already participated in many events, operations and field art:

When visiting Yogyakarta remember to join their community gathering every friday and have some fun!